OpenStack is the result of collaboration between Rackspace and NASA. As of this year, it’s the hottest cloud platform available. The whole thing is API driven (including a subset of APIs that are Amazon compatible). It’s also built on Python, so extensibility comes packaged.

Though building a cloud is a timely task, developers have DevStack: a rapid utility with which to build a full, development (read: non-secure) OpenStack instance on a single box. As of right now, it finishes downloading and configuring in about seven-minutes on commodity hardware. Since they build on the principle of Git-clones rather than packaging, there are no/minimal dependency problems, nor are there any compilations. It’s a joy.

The only input required during the standard set-up is a few passwords near the beginning. Officially, Ubuntu 12.04 (Precise), Fedora 18, and CentOS/RHEL 6.4 are supported, at this time, but I was effortlessly able to build on Ubuntu 13.04, as well.

Once a few hundred megabytes have been downloaded and configured, the process will output something similar to the following and quit. The platform will be started and good to go to. You might try to deploy a machine instance using one of the packaged images. You shouldn’t have any problem, and, if you’re familiar with AWS, you will already know the steps.

Horizon is the dashboard. The web-server is going to be running on :80, so if you already have a web-server running there, then stop it first.

The dashboard will have two default users: “admin” and “demo”. Their password will be the password you gave during initial startup.

For a walkthrough of what the setup (“stack.sh”) script does, go here. 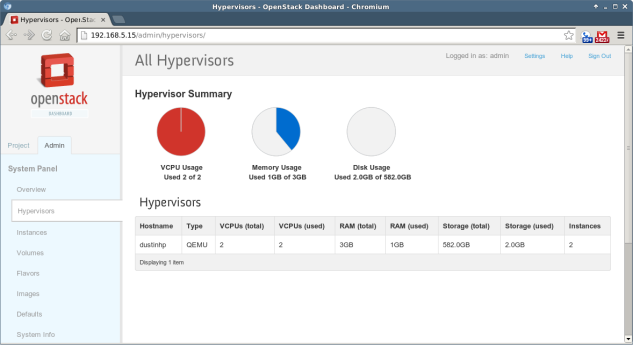 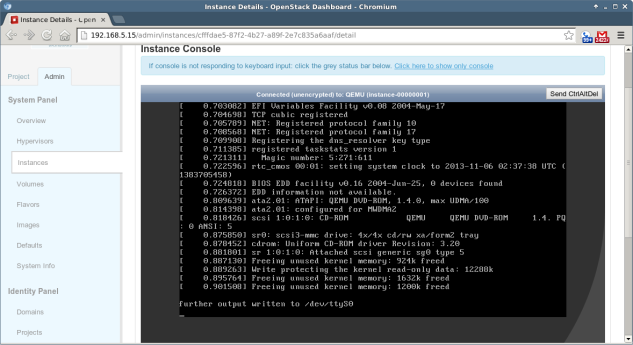 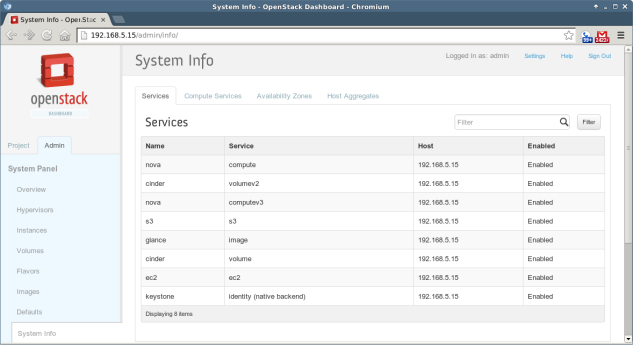 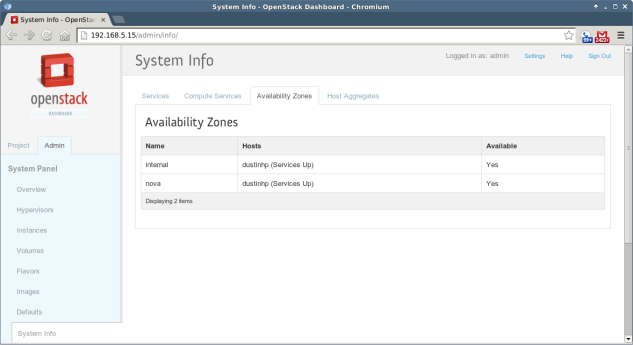