I work inside of Vagrant on my Mac system. I only just ran into a case-sensitivity problem that led to the wrong libraries being included. For, even though I’m running in an Ubuntu instance, it’s still subject to the rules of the filesystem that it’s only just sharing off the host system. So, the time has come to fix this annoying little trait of my Mac environment. 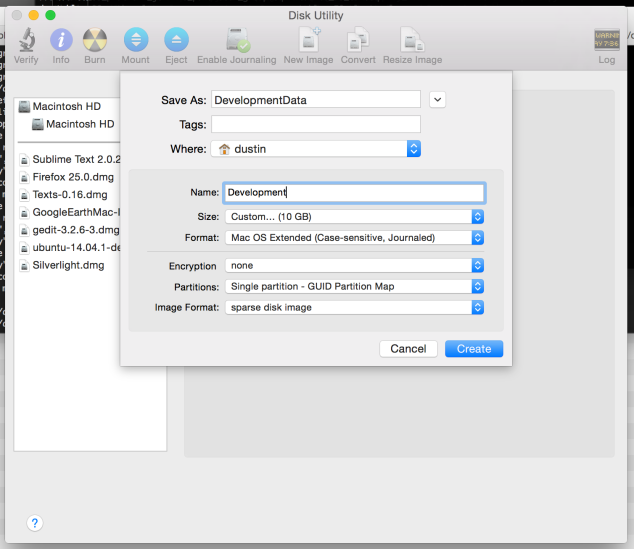 Notice that I chose “sparse disk image” for “Image Format”. This starts with a minimally-sized container that’ll grow as I populate it with data, rather than starting off at the requested size.

Since you’re probably going to want to mount this image on a particular folder, unmount it using Disk Utility or Finder (since it would’ve automatically been mounted after you created it). Then, go to the command-line and mount it where ever you’d like:

After that, the sky is the limit. Naturally, consider using “rsync -a” if you have to copy existing files there.